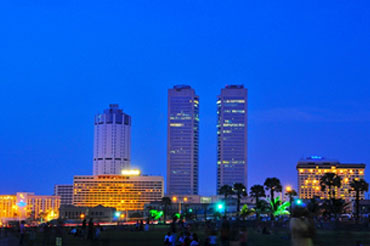 Colombo is the business and commercial center and the new capital is Sri Jayawardhanapura Kotte, only a few miles away. Colombo was only a small seaport, which came into prominence in the 16th Century with the arrival of the Portuguese in 1505 and the development of it as a major Harbour took place during the British period. Colombo became the capital of Sri Lanka in 1815 after Kandyan Kingdom was ceded to the British. The remains of the buildings during the period of the Portuguese, Dutch and British rule are found in every area of the city. Visit Fort, the former British administrative center and military garrison, Sea Street - the Goldsmith’s quarters in the heart of Pettah, the Bazaar area where there is also a Hindu Temple with elaborate stone carvings, the Kayman’s Gate with the Belfry at the original gate to enter the Fort, the Dutch Church of Wolfendhaal dating back to 1749, Kelaniya Buddhist Temple dating to 6th C.B.C., Davatagaha Mosque, Colombo Museum and the Natural History Museum are some of the sites to be visited. 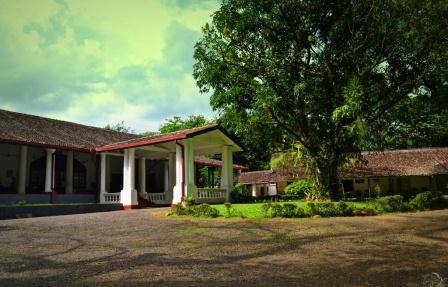 The National Museum of Ratnapura is housed in the famous 19th-century Ehelepola Walauwa on the Colombo Road in Ratnapura. There is a collection of pre-historic fossils of elephants, rhinoceroses and hippopotamuses found in gem pits from the Balangoda area. There are items of local art and culture such as musical instruments, masks, jewellery, textiles and flags. Gem mining is covered too.

Ratnapura Museum the National Museum of Ratnapura is housed in the famous 19th century Ehelapola Walawwa on the Colombo Road in Ratnapura. The museum displays to a great extent the prehistory of Sri Lanka. Ratnapura being famous for gems, the process of gem-mining is displayed through a model. Some of the artifacts displayed here reflect the unique arts and culture of the Sabaragamuwa Province. Exhibits a variety of items connected with the paleontology of the country, including stone implements used by primitive man, remains of extinct fauna and fossilized items like elephant teeth. 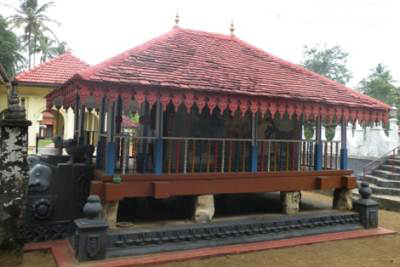 Pelmadulla Raja Maha Viharaya is situated on the Ratnapura – Balangoda road, just after the Pelmadulla town. There is a Tampita Vihara built on sixteen pillars and it is over 400 years old. Tampita Vihara is considered as the last architectural creation of locals. The main viharaya was constructed during the British period in 1819 and accommodates figures of 28 previous Buddha’s and a large number of religious events in the form of murals. A rare feature is that the wall painting of the life of Jesus Christ including Virgin Mary is in the temple. This is an unusual to a Buddhist temple.

Kitulgala is a small town in the west of Sri Lanka. It is in the wet zone rain forest, which gets two monsoons each year, and is one of the wettest places in the country. Nevertheless, it comes alive in the first three months of the year, especially in February, the driest month. The Academy Award-winning The Bridge on the River Kwai was filmed on the Kelani River near Kitulgala, although nothing remains now except the concrete foundations for the bridge (and, supposedly, the submerged train cars that plunged into the river in the climactic scene).

Whitewater Rafting where one could enjoy the cool waters of the ‘Kelani River’ whilst taking a challenging experience in handing the raft downstream (It is recommended that you have a change of clothes, Fresh towel, and engage in rafting without wearing any valuable items such as Watches, Chains, Rings, Bracelets etc). 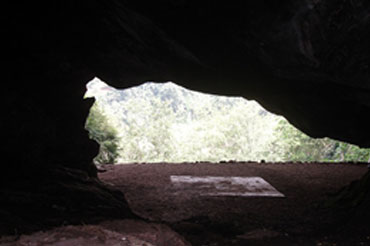 Belilena Cave this cave is located up a steep path on a hillside close to the town of Kitulgala, where from a close by ledge; you may look down over a breathtaking vista of rubber plantation, jungle vegetation and hills. Located 2000 feet above sea level, skeletal remains were found in the cave of a lost generation of Sri Lankans dating back to 12,000 years ago. ‘Balangoda Man’ was given the scientific name of ‘Homosapiens Balangodensis’. Fossils believed to be approximately 32,000 years old have been found in recent archaeological excavations. Belilena Cave’s damp and dark depths are famed for the thousands of bats which have taken up residence in the cave’s cool interior, and they flit about seemingly haphazardly, in the discomforting beam of your torchlight. Colorful butterflies can be seen dancing around the entrance to the cave. 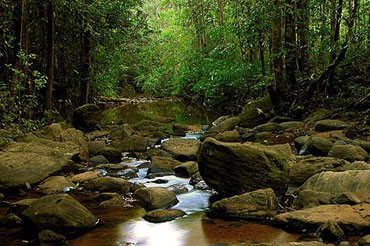 Sinharaja Forest Reserve is a national park and a biodiversity hotspot in Sri Lanka. It is of international significance and has been designated biosphere Reserve and World Heritage Site by UNESCO. The hilly virgin rainforest, part of the Sri Lanka lowland rain forests ecoregion, was saved from the worst of commercial logging by its inaccessibility, and was designated a World Biosphere Reserve in 1978 and a World Heritage Site in 1988. The reserve's name translates as Kingdom of the Lion. The reserve is only 21 km (13 mi) from east to west, and a maximum of 7 km (4.3 mi) from north to south, but it is a treasure trove of endemic, including trees, insects, amphibians, reptiles, birds and mammals. Because of the dense vegetation, wildlife is not as easily seen as at dry-zone national parks such as Yala. There are about 3 elephants and the 15 or so leopards are rarely seen. The most common larger mammal is the endemic Purple-faced Langur. An interesting phenomenon is that birds tend to move in mixed feeding flocks, invariably led by the fearless Greater Racket-tailed Drongo and the noisy Orange-billed Babbler. Of Sri Lanka's 26 endemic birds, the 20 rainforest species all occur here, including the elusive Red-faced Malkoha, Green-billed Coucal and Sri Lanka Blue Magpie. Reptiles include the endemic Green pit viper and Hump-nosed vipers, and there are a large variety of amphibians, especially tree frogs. Invertebrates include the endemic Common Bird wing butterfly and the inevitable leeches. 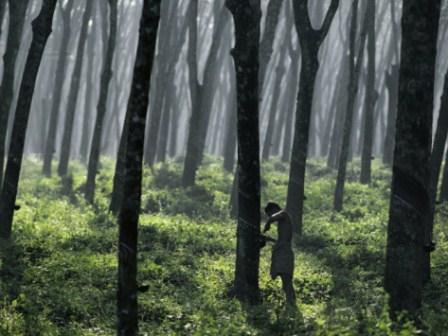 From the first commercial Rubber Plantation in Sri Lankan, the nation has had a proud history of manufacturing high quality natural rubber latex. Rubber was first introduced in the late 19th century under the British. Though slow to catch on, the cultivation of rubber accelerated in the early 1900‘s due to a slump in world tea prices. In 1900, the land area of 1750 acres was covered with rubber plantations. This greatly increased in a few short years to 450,000 acres by 1920. Currently about 122,000 hectares or 301,000 acres of rubber is under cultivation in the country with an approximate production of 129 Million Kilograms per year. Rubber continues to be the second most import plantation crop in the nation and contributes nearly US$ 600 million in exports.