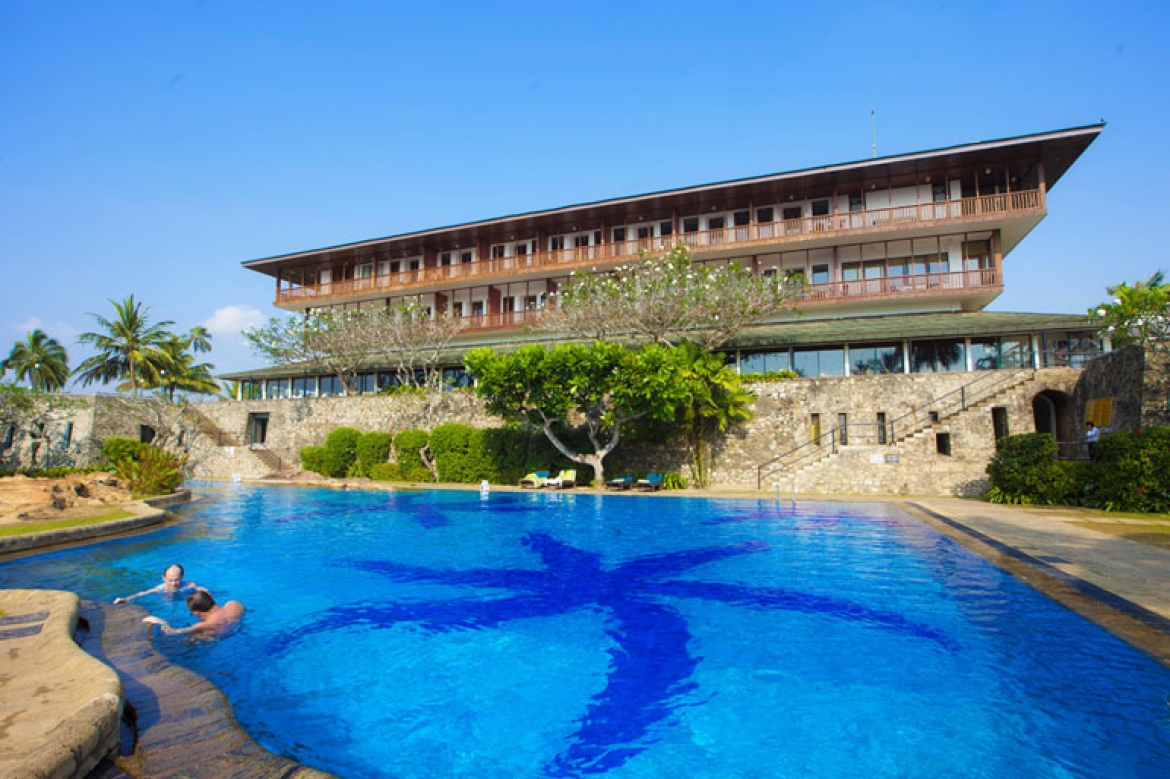 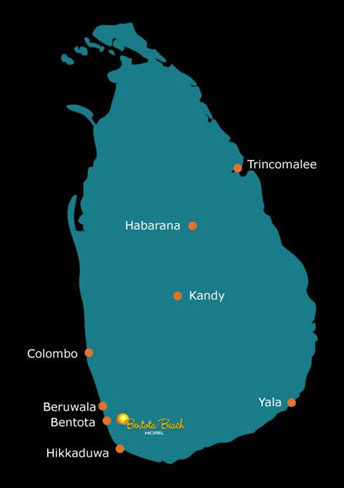 Located in the southern coastal belt of Sri Lanka Bentota is known for its stretches of indigo sea and golden sands. It is positioned 60 Kilometers away from Colombo and can be easily accessed after a one and half hour drive. Like the naming of many other villages Bentota too derives its name from a mythical story, according to legend a demon called 'Bem' ruled the river which was referred to as 'tota'. The village of Bentota remains to be peaceful, making it the perfect beach sanctuary to escape into. Staying true to its location the village is renowned for water sports that exploit the lagoon, river and sea. Travel to Bentota and explore the temples located within the village and delve into the culture and heritage of the southern coast of Sri Lanka and release a baby sea turtle into the ocean late at night and observe how it waddles its way into the sea across the sand.

Expect to be lulled by the sounds of ocean waves and the water lapping against the river banks at the Bentota Beach Hotel. Designed to resemble an ancient Dutch Fort by the famous Geoffrey Bawa, it is situated at the point where the Bentota River flows into the Indian Ocean. Tranquillity awaits you in all the unexpected places, amid 11 acres of bliss.

There are 130 rooms and 3 suites at this superlative Bentota hotel. All rooms at the Bentota Beach Hotel have its own private balcony and a view to complement. All rooms are colour washed in somber beiges and whites and decorated with bright coloured bed spreads, bed runners and throw pillows. The walls of these spacious rooms are adorned with handloom tapestries that add a dash of colour to the rooms.

The main conference hall  The Gallery is located closely to the main entrance of the hotel provides the perfect opportunity to discuss business.

The Wave a new conference facility is available beside the serene lagoon, a spacious hall with a view of the surroundings is well equipped to host your meeting.

View the embedded image gallery online at:
https://journeyator.com/our-services/hotels/item/44-bentota-beach-hotel#sigProId4281a3db03
Tweet
back to top