Chill Across the Hill Country Tour 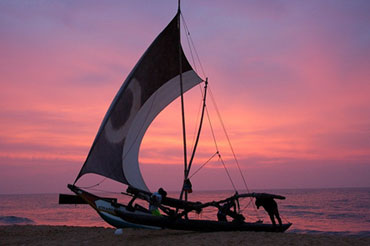 Negombo is a famous fishing village North of Colombo, with a Dutch built Canal. The canal itself is a hive of activity with all the fishermen traveling up and down in their gaily-painted boats. On the shores of the canal you will find many homes and churches and many species of birds including spectacular Kingfishers and also Parrots. Catamaran trips in the sea and boat trips in canal can be organized. From November to April, diving facilities are available in this quaint village. The streets on either side of the Hotels are dotted with Souvenir Shops, Restaurants etc. 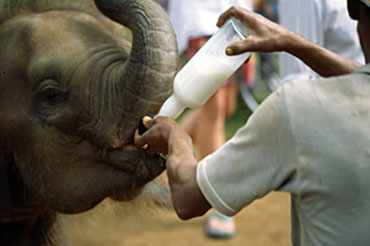 Pinnawela Elephant orphanage was established in 1975, commenced with 07 orphans. Today some of these orphans enjoy the fortune of seeing their grandchildren born in the same location. The original objective of establishing the orphanage inclined more towards tourism, but it soon became a conservational and education centre. With the help of Local & Foreign Elephant experts, Pinnawela started a scientific captive breeding program for Elephants. The free movement of the herd enhanced the chances for respective individuals of both sexes to get together and mate. The nearby river played a dominant role in this regard, and in 1984, the first baby of Pinnawela was born.  The success story of Pinnawela has drawn the attention of scientists from the world over. An array of books and research articles on Pinnawela has been published in several languages. The members of the Pinnawela herd have been filmed, videoed, and photographed thousands of times by professionals. 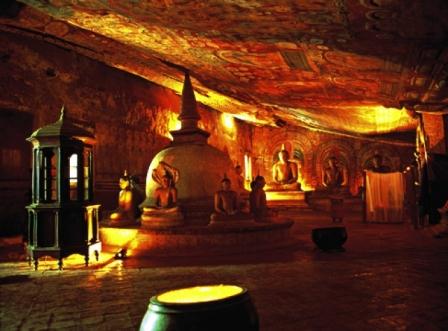 Dambulla is a big town, situated in the Matale District, Central Province of Sri Lanka, situated 148 km north-east of Colombo and 72 km north of Kandy. Due to the major junction, it's the distribution centre of vegetable in the country. Major attractions of the area include the largest and best preserved cave temple complex of Sri Lanka, and the Rangiri Dambulla International Stadium, famous for being built in just 167 days. The area also boasts to have the largest rose quartz mountain range in South Asia, and the Iron Wood forest or Namal Uyana.Ibbankatuwa, prehistoric burial site near Dhambulla cave temple complexes is the latest archaeological site of significant historical importance found in Dambulla, which is located within 3 kilometers of the cave temples providing evidence on presence of indigenous civilisations long before the arrival of Indian influence on the Island nation. 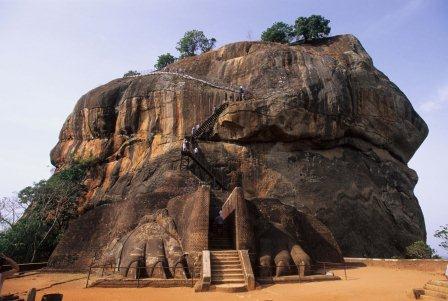 Sigiriya is a “World Heritage Site” and the 5th Century “Fortress in the Sky” which is perhaps the most fantastic single wonder of the Island. It is also known as Lion Rock because of the huge lion that used to stand at the entrance to the Palace on the summit of the 600-foot high rock. On its summit are the foundations of the Royal Palace, Water Tanks to supply water and all other buildings and at the edges the guardhouses. On one of the stairways the only known ancient work of Sinhala secular painting survived in the form of Frescoes of 21 life sized damsels still shining in their original colours. The Water Gardens, Fountain Garden, Summerhouses, Boulder Gardens and the Caves within the enclosed area should not be missed.

Minneriya National Park is a national park in North Central Province of Sri Lanka. The area was designated as a national park on 12 August 1997, having been originally declared as a wildlife sanctuary in 1938. The reason for declaring the area as protected is to protect the catchment of Minneriya tank and the wildlife of the surrounding area. The tank is of historical importance, having been built by KingMahasen in third century AD. The park is a dry season feeding ground for the elephant population dwelling in forests of Matale,Polonnaruwa, and Trincomalee districts. Along with Kaudulla and Girithale, Minneriya forms one of the 70 Important Bird Areas (IBAs) of Sri Lanka.The park is situated 182 kilometres (113 miles) from Colombo.

Polonnaruwa, today this ancient city remains one of the best planned archaeological relic sites in the country, standing testimony to the discipline and greatness of the Kingdom's first rulers. Its beauty was also used as a backdrop to filmed scenes for the Duran Duran music video Save a Prayer in 1982. The ancient city of Polonnaruwa has been declared a World Heritage site by UNESCO. Near the ancient city, there is a small town with several hotels (especially for tourists) and some glossy shops, and places to fulfill day-to-day needs. There are government institutions in a newly built area called “new town,” about 6 km away from the town and the main road. The largest school in the district, Polonnaruwa Royal Central College is situated at new town. Polonnaruwa is the second largest city in North Central Province, but it is known as one of the cleanest and more beautiful cities in the country. The green Environment, amazing ancient constructions, Parakrama Samudraya (a huge lake built in 1200), and attractive tourist hotels and hospitable people, attract tour. 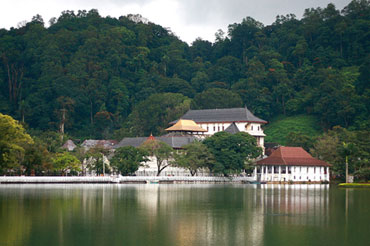 Kandy  the hill capital is another “World Heritage Site”. It was the last stronghold of the Sinhalese Kings during the Portuguese, Dutch and British rule and finally ceded to the British in 1815 after an agreement.To the Buddhists of Sri Lanka and the World, Kandy is one of the most sacred sites as it is the home of the “Dalada Maligawa” - Temple of the Sacred Tooth Relic of Lord Buddha. Close by are the remains of the Royal Palace (“Maha Wasala”), “Palle Wasala”- where the Queens stayed-now used for the National Museum, “Meda Wasala” where other close relatives lived, Audience Hall, Natha Devala and Vishnu Devala are situated close by. The Bathing Pavilion (“Ulpenge”) is by the Lake and in the Center of the lake is the Island called “Kiri samudraya” (Milk white ocean) used by the kings as the summerhouse.Today it is the center of Buddhism, Arts, Crafts, Dancing, Music and Culture. 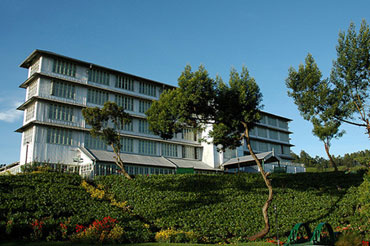 Tea Plantations are one of the main source of earning Income to Sri Lanka. Tea was first planted in Sri Lanka in 1824 at the Botanical Gardens at Peradeniya, when a few plants were brought from China. More were introduced from Assam in 1839. In 1867, a Scottish Planter named James Taylor planted tea seedlings in 8 hectares of forestland, in the Loolkondura Estate. In 1873, the tea export industry of Sri Lanka began with a modest 23 lbs. being shipped to London.Tea will grow only on rolling terrain and is classified by elevation into low grown, medium grown and high grown into 3 main groups. Today more than 200,000 hectares in highlands and other areas are under Tea and around 300 million Kilograms, with a 25% of world tea exports are done by Sri Lanka as the World’s largest Tea exporter. 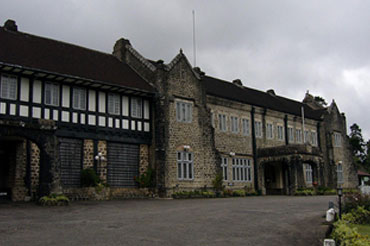 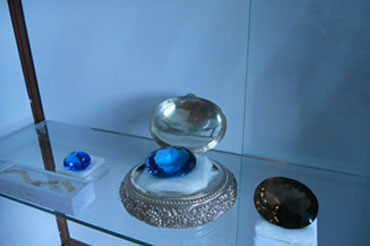 Ratnapura is known as the City of Gems in Sri Lanka. It is located at a distance of 101 Km from the city of Colombo. It is an important gem mining center of Sri Lanka. The name Ratnapura has derived from the Sinhalese words Ratna meaning gems and Pura which means city. Sri Lanka is known for producing best quality blue sapphires of which the Blue Bell gem is kept in the New York Museum of Natural History. Sri Lanka has been popular as land of gems from ancient times. It is believed that King Solomon took a rubyfor his Queen Sheba from Ceylon. Sri Lanka is best known for producing gems like ruby, sapphire, tourmaline, topaz, aquamarine, cat’s eye, garnet, zircon, alexandrite etc. Gem trade contributes to the economy of Sri Lanka to a great extent. Gem pits are found in Ratnapura and people associated with this industry mostly reside in Ratnapura. Gem traders mostly from Thailand come to Ratnapura for business. Local traders also supply large amount of gems to the large scale gem traders who sell them in the international market.