Minneriya National Park - This National Park with 8889 hectares in extent is famous for its large population of elephants in herds of 100 to 150 roaming in the jungle and seen in the catchment area of the lake. Entrance is at Ambagaswewa about 6 km from Habarana on the main Habarana Polonnaruwa road. Office is by the side of the main road.Elephants, about 300 wild elephants, wild buffaloes, wild boar, spotted deer, sloth bear, Sambhar, leopards, crocodiles, jackals, 9 kinds of amphibians, 25 kinds of reptiles, 160 species of birds, 26 varieties of fishes, 78 varieties of butterflies are recorded from the Minneriya National Park. 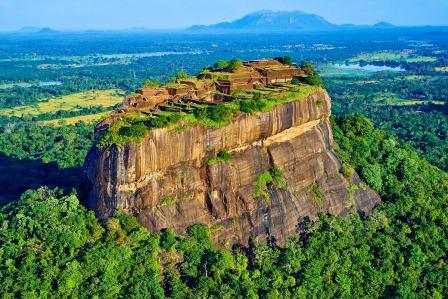 Sigiriya Rock Fortress plan of the city is based on a precise square module. The layout extends outwards from co-ordinates at the center of the palace complex at the summit, with the eastern and western axis directly aligned to it. The water garden moats and ramparts are based on an 'echo plan' duplicating the layout and design on either side. This city still displays its skeletal layout and its significant features. 3 km from east to west and 1 km from north to south it displays the grandeur and complexity of urban-planning in 5th century Sri Lanka. 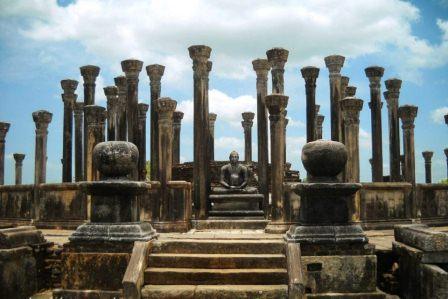 Polonnaruwa, Sri Lanka's splendid medieval capital was established as the first city of the land in the 11th Century, A.D. It replaced Anuradhapura, plundered made desolate, and laid hopelessly bare to the invading armies from South India. Three Kings dominate the annals of the city and the period. The city reached a dazzling but pitifully brief zenith in the 12th century and though ravaged by invasion in the centuries following, much evidence remains of the old grandeur and glory. 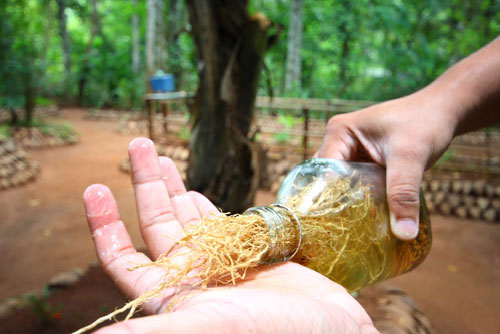 Spice Gardens at Matale is the best place to have a site visit. Matale and in Mawanella on the Colombo-Kandy road where Cinnamon, Cardamom, Pepper Creepers and all other spice trees, plants and creepers are planted for visitors to see them. Spice products are also available for those who would like to buy them. At all Spice Gardens visitors are taken round explaining each tree and plant and at the end explaining the use of them food preparations. 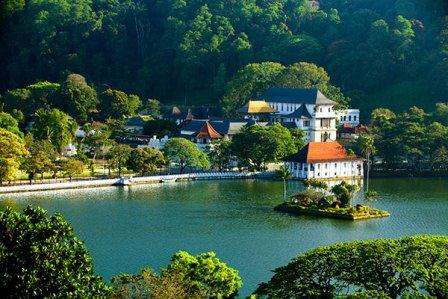 Kandy is the hill capital is another “World Heritage Site”. It was the last stronghold of the Sinhalese Kings during the Portuguese, Dutch and British rule and finally ceded to the British in 1815 after an agreement. To the Buddhists of Sri Lanka and the World, Kandy is one of the most sacred sites as it is the home of the “Dalada Maligawa” - Temple of the Sacred Tooth Relic of Lord Buddha. Close by are the remains of the Royal Palace (“Maha Wasala”), “Palle Wasala”- where the Queens stayed-now used for the National Museum.“Meda Wasala” where other close relatives lived, Audience Hall, Natha Devala and Vishnu Devala are situated close by. The Bathing Pavilion (“Ulpenge”) is by the Lake and in The Center of the lake is the Island called “Kiri Samudraya” (Milk White Ocean) used by the kings as the summerhouse.

Peradeniya Royal Botanical Gardens is the finest of its kind in Asia, the largest of the botanical gardens of Sri Lanka, couldn't be better located. In the Mediterranean climate of Kandy, the gateway to the Central Highlands, the Gardens, at an elevation of 500 meters above sea-level, were tightly bounded on three sides by a loop of River Mahaweli (Great sandy river), the largest river of Sri Lanka. 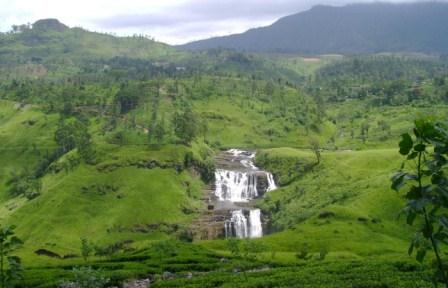 Yala National Park is the most visited and second largest national park in Sri Lanka. The park consists of five blocks, two of which are now open to the public, and also adjoining parks. The blocks have individual names such as, Ruhuna National Park(block 1) and Kumana National Park or 'Yala East' for the adjoining area. It is situated in the southeast region of the country, and lies in Southern Province and Uva Province. The park covers 979 square kilometres (378 sq mi) and is located about 300 kilometres (190 mi) from Colombo. Yala was designated as a wildlife sanctuary in 1900, and, along with Wilpattu was one of the first two national parks in Sri Lanka, having been designated in 1938. The park is best known for its variety of wild animals. It is important for the conservation of Sri Lankan elephants, Sri Lankan leopards and aquatic birds.