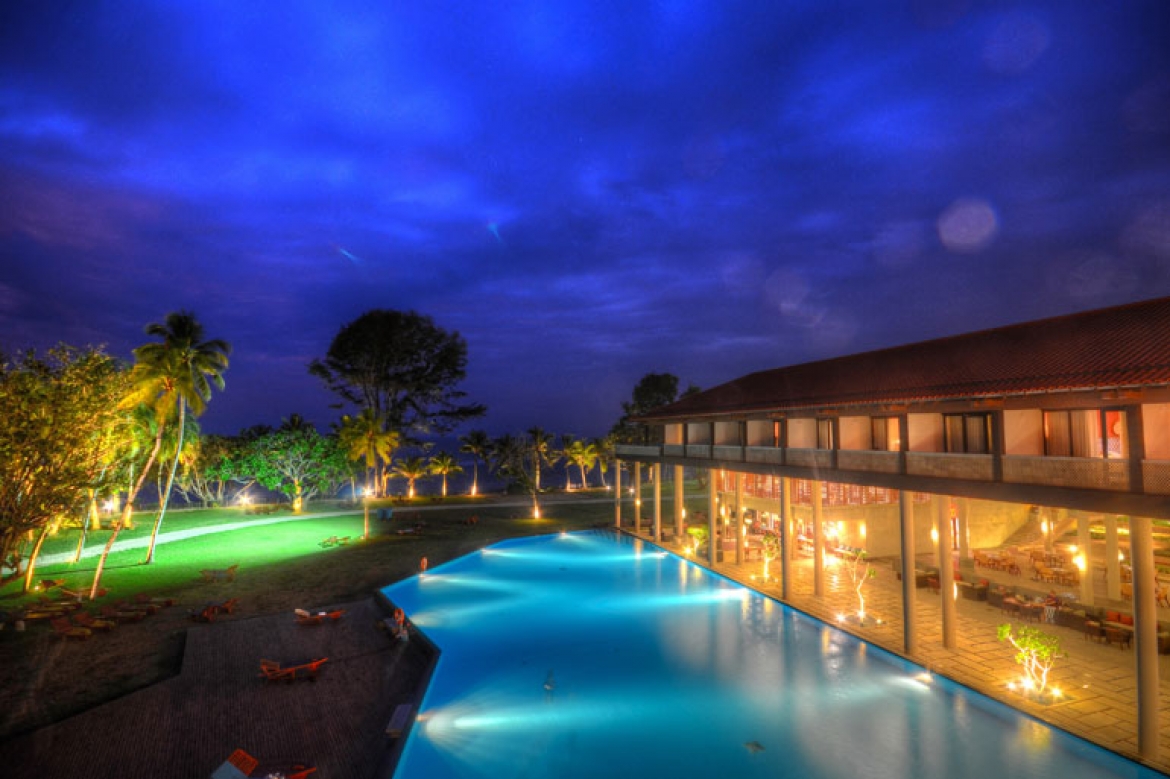 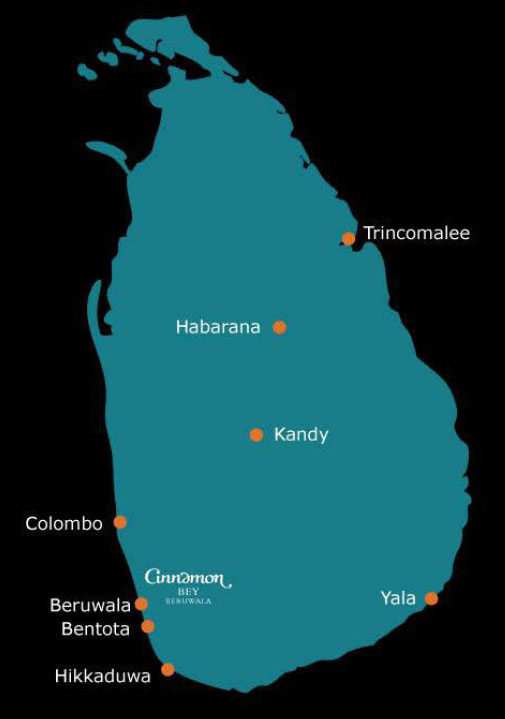 The area south of the old historic settlement of Beruwala has been a centre of tourism from the very inception of the tourism market. The stretch of beach from Beruwala all the way to the Bentota River has been known as the Golden Mile of tourism in the country. The historic Beruwala is seen as the first permanent Arab settlement in Sri Lanka, dating back to the 10th century, and it is this influence that recreates the Turkish architectural features in Cinnamon Bey. The central location of Beruwala, ensures centric access to Hikkaduwa andGalle as well as Bentota; located on the golden beach front. Easily accessible from Colombo, Beruwala is located a mere 55Km from the capital city.

Overview
Cinnamon Bey, a sprawling tropical Asian paradise fronted by a broad golden beach amalgamates the property of two old hotels. The southern part of the site gives access to along golden beach and sea, while the northern part of the site gives access to the calm lagoon. "Bey" represents the title used to address provincial noblemen of the Turkish Empire, and as typical of all Cinnamon Hotels and Resorts, this resort by name will be a tribute to the unique heritage of this destination.

Cinnamon Bey, is focused on the promontory of the site that offers the most variety of experiences on it. The guest arrives at the hotel on the first floor level on a ramp and looks across a series of double height and terraced spaces towards the swimming pool and turquoise sea that extends beyond. All the restaurants and bars are placed around this area overlooking the promontory and the sea. Two wings of rooms spread out to the north and south of the site arranged so that all rooms will have a direct sea view. The total of 200 rooms will include 28 deluxe rooms and 2 suites which will have a separate lounge, check-in facilities and swimming pool; all placed on the north wing. The hotel will include an in-house spa, a separate sports complex will have a tennis court, gym and a conference hall for 300 persons.

170 Superior rooms (420 sq ft)
❂The superior rooms include a large space for dressing and a balcony creating a full extension of tropical living into the room.

28 Deluxe rooms (530 sq ft)
❂The deluxe rooms are equipped with a bathtub and are located on a separate wing which offers an additional secluded space.

2 Suites (1440 sq ft)
❂The suites are located on the top most floor of the resort and personify luxury with ultimate privacy. Each suite has a living and dining area that opens out to the sea,including a plunge pool on the balcony.

Dining
Büfe - Main all meal restaurant -Buffet style breakfast, lunch & dinner with live cooking stations
Tranquillity - selection of spa cuisine with a menu based around healthy options.
Mezz2 - a range of mezzaand grills prepared over charcoal in an open kitchen.
800 Degrees - a selection of hand thrown signature pizzas and sandwiches taken off a cinnamon wood fired oven.
I.C.E (Ice Cream Emporium) - Enjoy a selection of home made ice creams, sorbets & frozen yogurts all severed in a multitude of ways
Rock Salt - Rock Salt offers a fusion of flavoursfrom around the world presented in unique fashion
Raw - The freshest of seafood prepared & served cold in a diversity of styles
Fire - Fire offers an eclectic menu featuring the best steaks, burgers, seafood & grills
Grain Bar & Lounge - Featuring a unique glass ‘Vodka Wall’ that houses a far reaching array of Vodkas from around the world & an extensive collection of wines.
Pool Bar – A selection of imported & local spirits as well as a wide variety of juices.

Facilities
The idyllic sway of palm trees, elongated swimming pools, waterways and open areas teeming with tropical flora provide a relaxing ambience which is the hallmark of Cinnamon Bey.

Azmaara Spa - An in-house spa with treatment suites, water treatment areas and beauty treatment cabins. Choose from a variety of international massage techniques.
Sports Complex - A separate pavilion which houses a gym, and a multipurpose hall for yoga, aerobics and other sporting activities.
Swimming Pools -The cool waters of the Beycome in the shape of two pools and a baby pool, each designed for a refreshing getaway.

In addition to the variety of amenities available at Cinnamon Bey, we also offer all the facilities, services and luxuries you would expect from a Cinnamon Hotel.

Conference
Amidst the golden beaches of the southern coast is a place for meetings, conferences and banquets.

View the embedded image gallery online at:
https://journeyator.com/our-services/vehicle-rental/item/40-cinnamon-bey-beruwala#sigProId850a65e20f
Tweet
back to top