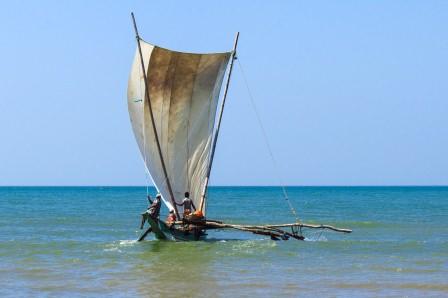 Negombo is located approximately 37 km north of commercial capital Colombo in Sri Lanka. It is located at the mouth of the Negombo lagoon. The major beach resort in the West Coast is Negombo. The wide sandy beaches and the safe sea are the major attractions of Negombo and it is perfectly located within the 7 km from the Bandaranaike International Airport in Sri Lanka. 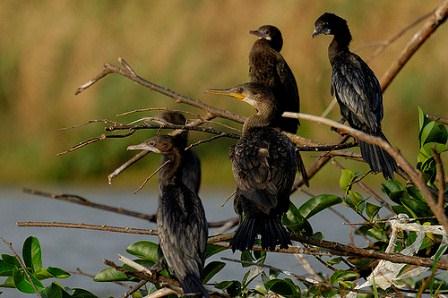 Muthurajawela Bird Sanctuary is a marshy land situated in Sri Lanka around 30 km North of Colombo in the Negombo lagoon. This is one of the main tourist attractions in Sri Lanka. There are many verities of flora and fauna which are inter-dependent in this coastal ecosystem. Muthurajawela bears staggering species of flora and fauna. Numerically 192 flora and 209 fauna, excluding 102 species of birds have been discovered. Some indigenous floras and faunas have also been found in Muthurajawela marsh. Visitors may see water birds such as herons, egrets in abundance in the lagoon and the marsh. It is also a residence for 40 different species of fish, of which 15 falls under the category of indigenous fauna.

Nuwara Eliya known as ‘Little England’ of Sri Lanka, is set against a beautiful backdrop of Mountains, Valleys, Waterfalls and Tea Plantations. It is perhaps one of the coolest places on the Island but it is more like an English Town on a spring day, although the temperature does drop at night. All around Nuwara Eliya you will see evidence of the British-influence; houses like country Cottages or Queen Anne style Mansions. The Victoria Park, in the middle of the town, is a lovely place for a stroll or a picnic and is also good for Birding as you get some rare birds in this Park. Seasons may be absent elsewhere in Sri Lanka, but here you can read them by the flowers, which bloom in the spring (March to May) and the fall (August and September). These are the “seasons” when low-country folk flock to Nuwara Eliya to escape the sea level heat and humidity.

Udawalawa National Park is located approximately 200 km south-east of Colombo city and is a major eco-tourism destination in Sri Lanka . The 30,821 hectares dry zone game park has an annual rainfall of 1524 mm and an average temperature of 29.4°C.It is most famous for the many elephants that live there (about 400 in total). During a visit, it is not unusual to see whole herds of adults and young elephants– feeding or bathing and playing in the water! In addition to this main attraction, the park is home to many water buffalo, water monitor lizards, Sambar deer, monkeys and the occasional leopard, as well as being an exciting location for bird enthusiasts. Enjoy a jeep safari at Udawalawa National park. You will be transferred back to your hotel where you will spend the night. 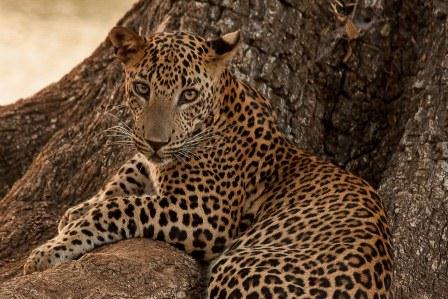 You will be transferred to Yala, where you will be welcomed with a special welcome at your campsite. You can settle down at your campsite, freshen up. Lunch will be served at the campsite. Evening leave to do an evening jeep safari at the Yala national park in block 01 by 4WD safari jeep. Return to your campsite for your dinner and overnight stay. 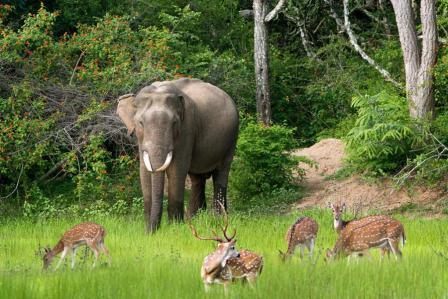 Yala National Park lies on the southeast coast of Sri Lanka, and spans a vast 97,878 hectares over the Southern and Uva Provinces. The vegetation in the Park comprises predominantly of semi-arid thorny scrub, interspersed with pockets of fairly dense secondary forest. Small patches of mangrove vegetation also occur along the coastal lagoons. The Park is world renowned for the wide variety of its wildlife, most notably it’s large population of Asian elephants and it’s fine and healthy coastline, home to pristine many reefs. Yala National Park has the highest density of wild leopards in the world, with the Block 1 area of the Park having one leopard per square kilometer. It also boasts a large number of important cultural ruins, bearing testimony to earlier civilizations and indicating that much of the area used to be populated and well-developed.For bird enthusiasts, the birdlife in Yala National Park is superb. Not only does Sri Lanka’s tallest bird, the critically endangered Black-necked Stork reside in the Park, but often observed is the country’s largest bird, the instantly recognizable and ungainly looking Lesser Adjutant. 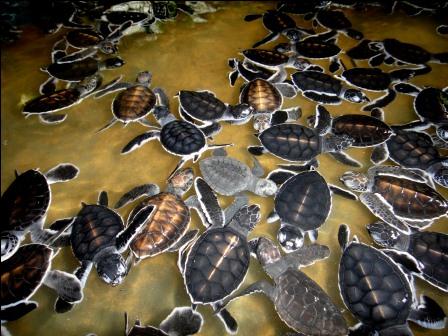 Kosgoda Turtle Hatchery is one of the hatcheries located along the southern coast, this hatchery is located 3 km south of the Bentota bridge. These turtle hatcheries were constructed to rescue and protect turtle eggs because of the rapidly declining numbers of marine turtle in Sri Lankan shores. Marine turtle eggs are purchased from the fisherman and re-buried along the beach and left there for 48 days allowing the eggs ample time to hatch. Thereafter the baby turtles are collected from the beach and kept in tanks for 2-3 days, and released into the ocean to fend off for themselves. The few female turtles that survive will return to their natal shores after ten years to lay their own eggs.

Colombo, Originally named Kolomthota, was the main seaport of Kotte, the country’s 15th and 16th century capital. Known to Arab traders as Kalamba, the city attracted the rapacious Portuguese as early as 1505 and became the bastion of their rule for almost 150 years. Surprisingly little remains to attest to this era, apart from a scattering of Portuguese surnames in the telephone directory and a handful of Roman Catholic churches and seminaries depicting their architecture. The central area of the city is still known as Fort, but the remnants of the colonial battlements have long since been demolished, or incorporated in newer buildings. The city is a jarring mix of old and new, with a central cluster of high-rise office blocks and hotels overshadowing red-tiled colonial-era buildings and sprawling street markets which overflow with high-piled fruit and vegetables, colourful silks and cottons, and deliciously fragrant spices. During the day, Colombo’s colourful street markets, colonial-era buildings, museums and galleries, churches, mosques and temples, and the lovely Viharamahadevi Park with it beautiful trees, makes it a great place to explore on foot.