Indonesia is rich with more than 250 distinct cultural groups (sukus) in the country. They speak as many as 700 mutually unintelligible languages (the language spoken by any given group is not understood by the others), and represent a wide range of physical types. As one moves outward from the national capital, Jakarta, into the rural areas, ethnic group affiliation determines more and more of one's identity and way of life. The Indonesian republic strives to preserve each suku's distinctive heritage within a modern national culture. Its motto, Bhinneka Tunggal Ika, is an Old Javanese expression meaning "The Many Are One."

Modern Dutch Colonial State was founded by the 1830s. Over the next century, the power of this state expanded throughout the archipelago and penetrated deeply into the lives of those living inland. They lived within the framework of a common Dutch administration and European-style education. In the early years of the twentieth century, a small but rapidly growing group of native Indonesians began the struggle to free the "Indonesian nation." On August 17, 1945, Indonesian nationalist leaders Sukarno and Hatta proclaimed Indonesian independence. It would take years of bloody struggle before the Dutch formally recognized the Indonesian republic on December 17, 1949. 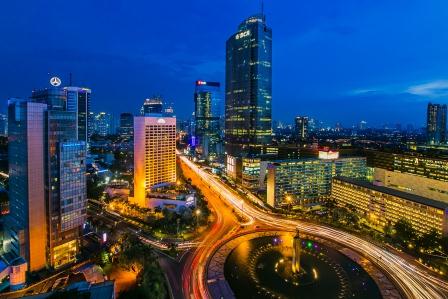 Taman Mini Indonesia Indah (TMII) tour or 'Beautiful Indonesia Miniature Park', which is a culture-based recreational area located in East Jakarta, Indonesia. It has an area of about 250 acres. The park is a synopsis of Indonesian Culture, with virtually all aspects of daily life in Indonesia's 27 (in 1975) Provinces, encapsulated in separate pavilions with a collection of architecture, clothing, dances and traditions depicted impeccably. Also visit Museum Indonesia to see perhaps the best displayed collection of Indonesian Artifacts and Handicrafts in the country. Apart from that, there is a lake, cable cars, museums, the Theatre of My Nation (Theater Tanah Airku) and other recreational facilities, which make TMII one of the most popular tourist destinations in the city. 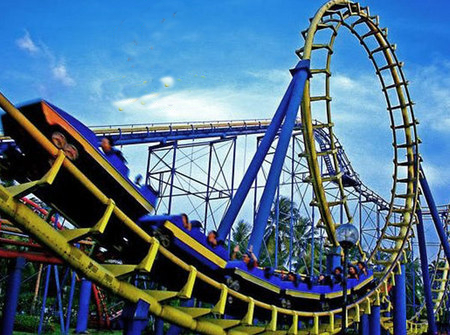 Dufan indicates Walt Disney isn't just in the United States. Many countries in the world also have their own form of 'Walt Disney' Theme Parks, and you will be surprised that Indonesia has long had one too! It's the Dunia Fantasi (Fantasy World, also known as Dufan). Located in the Indonesian capital city of Jakarta, Dufan (established in 1985) is an integral part of the Ancol Dreamland Park (Taman Impian Jaya Ancol), which is visited by more than 10 million visitors every year. Whatever your reason for being in Jakarta, or whether or not you have been to another 'Walt Disney' inspired theme park in another part of the world, Dufan is worth visiting as there are things you may not find in the other theme parks.